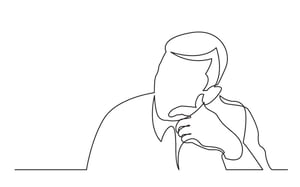 Riding the wave with and for your people

"I am especially disappointed in those vendors who seem to think that a 'technology is the answer' approach is the way to go. It's not."

In Negotiations, Givers Are Smarter Than Takers

". . . the most successful negotiators cared as much about the other party’s success as their own."

The coronavirus crisis thrusts corporate HR chiefs into the spotlight

"The duties of chief people officers, as human-resources heads are sometimes called, look critical right now. They must keep employees healthy; maintain their morale; oversee a vast remote-working experiment; and, as firms retrench, consider whether, when and how to lay workers off. Their in-trays are bulging."

"In October 2017, at the company's "Rising" conference, founder and CEO Aneel Bhusrisaid that the PaaS would debut in early 2018. It would "become a significant revenue stream" and represents an important evolution "from an apps company to more of a platform company," he said at the time.

Fast forward two-and-a-half years and the company has changed its tune."

" . . . the Oxford Internet Institute (OII), the University of Oxford’s research and teaching department specializing in the social science of the internet, has partnered with Google to launch a portal with a series of explainers outlining what AI actually is — including the fundamentals, ethics, its impact on society, and how it’s created."

We All Need Small Businesses. Don’t Let Them Die.

"I take the plight of small-business people personally. Perhaps you do, too."

"Microsoft on Sunday said it has observed a staggering 775 percent increase in the usage of its cloud services over the past week in regions that have enforced social distancing or shelter in place orders."    Microsoft has acknowledged this story is not true. Apparently Microsoft Teams log-ins in Italy were up. Teams is a ZOOM-like collaboration tool.

"In a folksy announcement this week, Microsoft politely declared its determination to step up our expectations from "doesn't suck" to somewhere on the level of "oh, wow.""

Stay healthy out there.