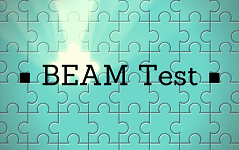 This beta installation of the upgrade has gone well to-date. Ongoing testing of features and functions is still underway. (A very BIG THANKS to the team at BYU working with us on this beta process.)

BEAM Test 4 is primarily a technical upgrade, modernizing and refreshing the product. The new release also replaces its proprietary underlying database with technology from MongoDB. Users will find better performance and compatibility with other third party products, such as Microsoft Office.

BEAM Test 4 supports current (and previous) supported versions of PeopleSoft applications and tools. Windows 7 and Windows server versions will be supported in Release 4, with support for Windows 10 to come.

BEAM Test is the only third-party tool for PeopleSoft testing that is Oracle Validated.

BEAM Test is compatible with all PeopleSoft applications, including FSCM, HCM, Campus Solutions, and CRM.